Only users with the Admin role can run bulk imports

Batch importing follows the same process as importing a single SQL, except for three differences:

The batch import process happens asynchronously, and you can find the summary for an import by clicking the run on your "Batch Import" page.

While we try to minimize the number of drafts generated by a batch import, multiple drafts may be created. For example, if your batch import attempts to create an entity with the same name as an entity already in production, then a draft will be created so that you can give the new entity a unique name.

To access batch import from the home screen, follow "Workbench > Create Entities" and then choose "Batch Import" on the left bar. On this page, you can create a "New" import from one of three sources:

You can also start a batch import from the results page for a Query Audit by clicking the "Import Queries" button.

You can collect a set of SQL statements into a CSV file and import all of them at once. The required format for CSV file upload is the following, with each column separated by a comma:

Please remove the header from the CSV files: the first row of the CSV should contain a query, user, and tags.

The generated view would be named after the first tag, tpch_sf1.

You can also collect a set of SQL statements into a "Compliant Table" to import. The required format for a Compliant Table is similar to CSV, but we assume that there is a column representing the time the query was executed:

To import using a compliant table, start a "New" import and choose a source of "Compliant Query Table." Fill in the user email that you would like to filter to in the table (i.e., the user that ran the queries) and the time range when the queries were run. These filters will apply to the start_time and user columns in your compliant table & only import matching rows. Choose the name of the table you want to import from (only valid tables will appear in the list), check the Preview, and then Start: 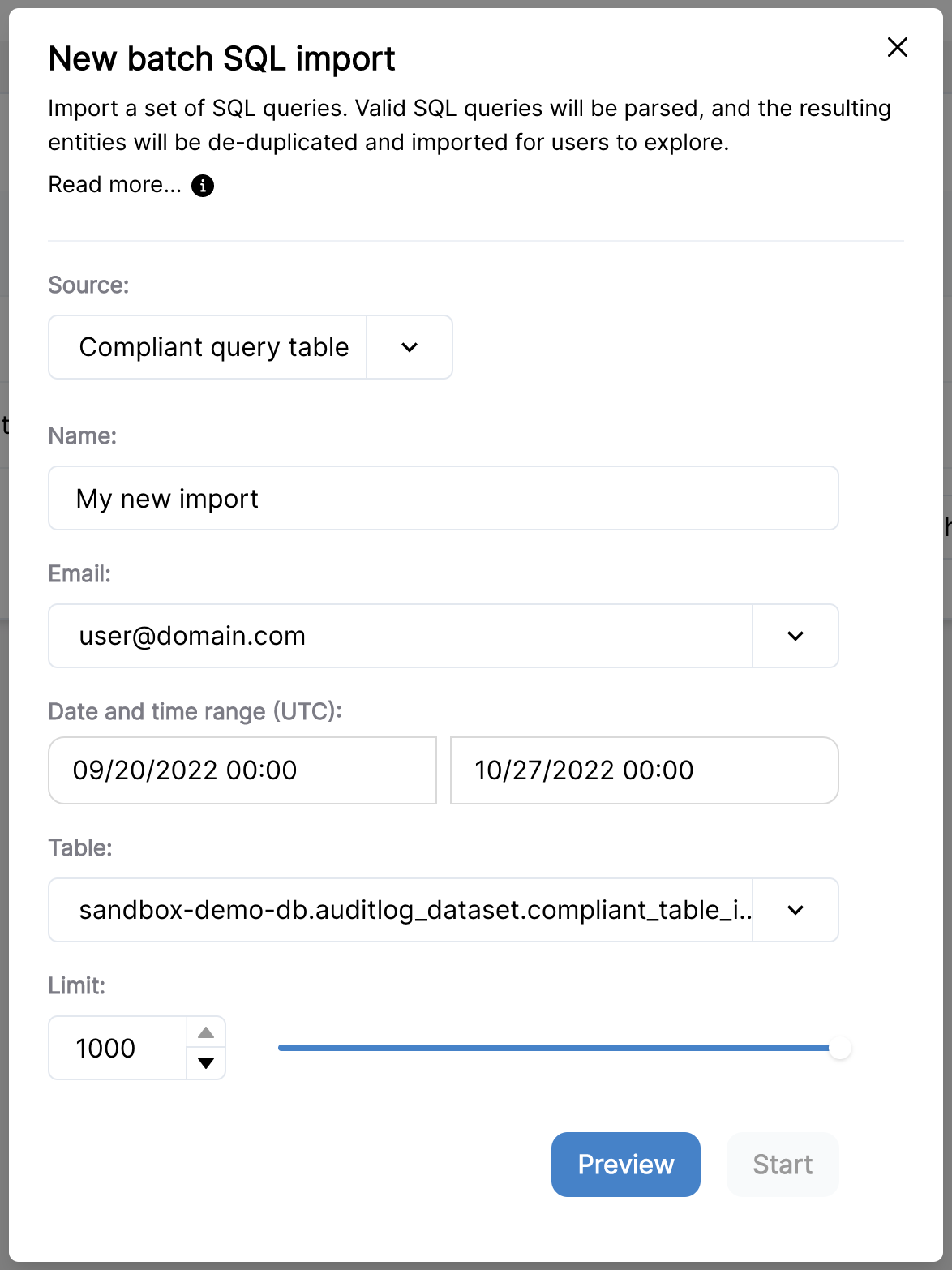 In addition to compiling your queries (into either a CSV or a Compliant Table), you can pull directly from your "Query History" logs to import. Note that this function assumes that you are exporting your logs in a standard format, e.g., with BigQuery using a process like this. 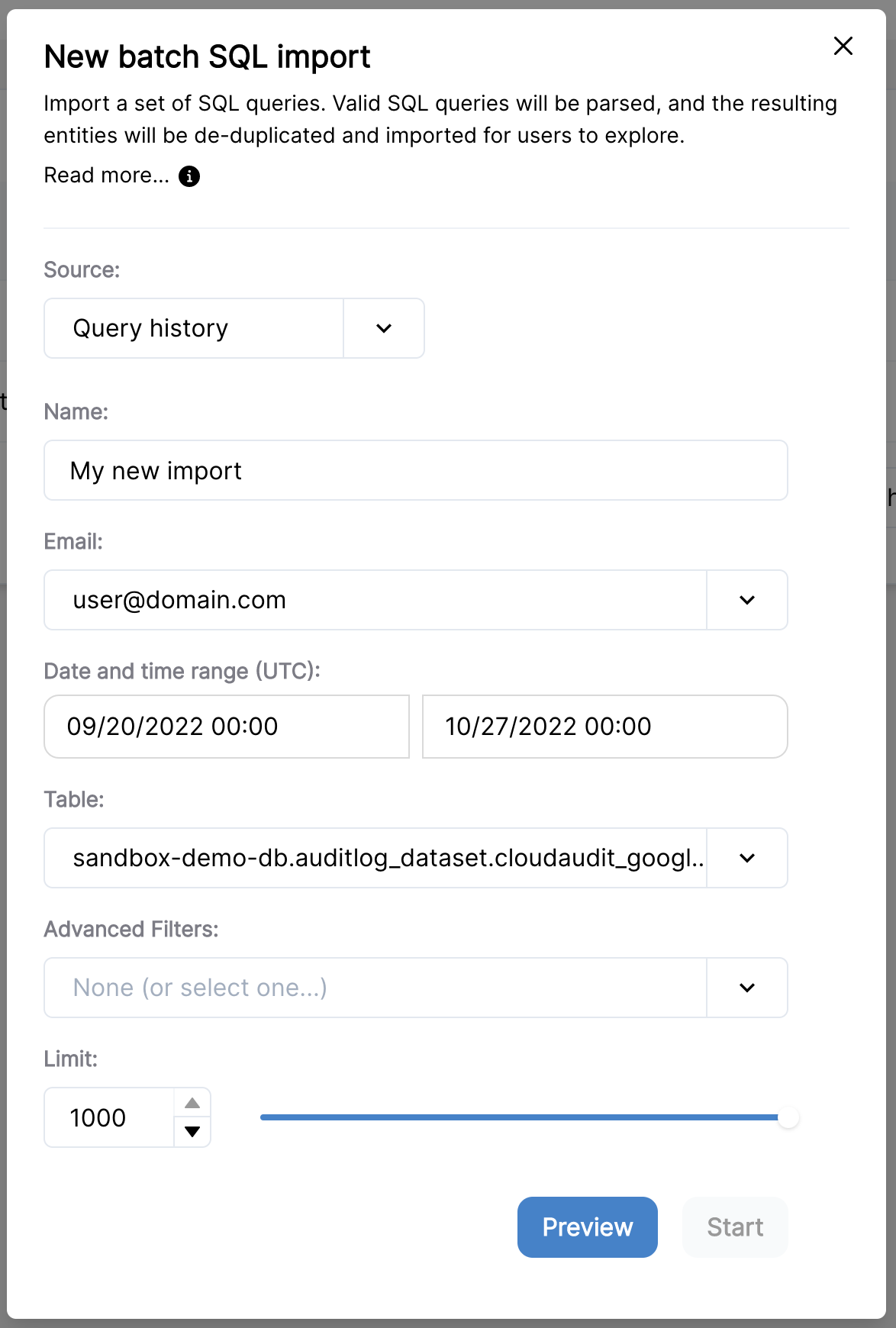 dbt import is similar to Raw SQL import. Instead of uploading a CSV file, you upload the exported JSON file from your dbt project. Here are the steps to follow:

Once you start a batch import from one of the sources above, it will appear on your "Batch Import" history page with a "To Be Confirmed" status. Since batch imports can potentially create hundreds of entities in production at once, you can review the summary statistics of your import before finishing it.

If you want to proceed and finish the import, click "Finish Import." After this, your entities will be added to production!

When you click "Finish Import," you may see a modal that duplicate names are deteced. This happens when an entity named using the "Naming Entities" metholdology described above is the same name as an entity already in production. We require entities to have globally unique names, so on this modal you can either (a) add a suffix to try and make entity names from your import unique, or (b) proceed without adding a suffix. If you choose option (b), then drafts will be created where you can update the name.

Updated about 2 months ago